"Year after year, Chad continues to reach new heights of success for his clients. "

Chad Tuschman was invited to become a member of the National Trial Lawyers Association; receiving the award for “Top100 Trial Lawyers” in 2011, 2012, 2013. He specializes in Medical Malpractice and Complex Personal Injury cases.

Mr. Tuschman has lectured extensively in the areas of medical malpractice, personal injury and trial litigation practice. Mr. Tuschman earned his B.S. degree from Indiana University in 1992 and his J.D. from the University of Toledo in 1995. He is admitted to practice in the States of Ohio, Michigan and Illinois as well as before the United States Court of Appeals for Sixth District, The United States District Courts for the Northern District of Ohio, Eastern and Western Districts of Michigan and Northern District of Illinois.

He is a member of the Toledo Bar Association, the Ohio Association for Justice and American Association for Justice. Mr. Tuschman has been honored by invitation in the National Trial Lawyers, receiving the award for Top 100 Trial Lawyers in 2011, 2012 and 2013. He was also honored with the National Trial Lawyers Top 40 under 40 award in the State of Ohio. He was chosen as a Super Lawyer Rising Star. Williams, DeClark & Tuschman Co., L.P.A. has been chosen by U.S. News as one of the Best Law Firms in America since 2011. Mr. Tuschman is also a member of the Million Dollar Advocates Forum, and a member of the Morrison R. Waite Chapter of American Inns of Court. He has served on the board of the Ohio Academy of Justice, serving as Vice Chairman of Product Liability Committee, the President of the University of Toledo Alumni Board, a board member of the Toledo Bar Association Grievance Committee, as well as serving on committees to include, Common Pleas and Media Relations. He has recently been appointed as the Chair of the Ethics Committee of the Toledo Bar Association. Mr. Tuschman has achieved numerous multi million dollar verdicts and settlements in the field of medical malpractice and personal injury litigation within the multiple states that the law firm handles cases. 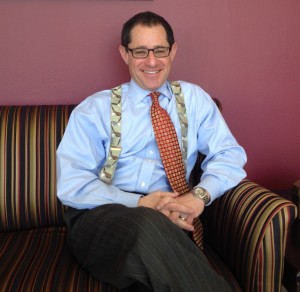 The precision with which Chad delves into the subject of [plaintiff’s] medical malpractice, would lead one to believe he is from a family of surgeon’s, not lawyers. In fact, it might even be a tad more explicit to refer to him as practicing medical malpractice surgery, rather than medical malpractice law. To be as highly insightful, methodical, focused and deliberate as he is, coupled with the dexterity and relentless nature with which he dissects evidence and prepares a case, discovers and extracts the truth, and goes about seeking justice, is reminiscent of a highly skilled cardiac surgeon performing surgery - which probably is why he is so successful at what he does. Furthermore, to hear him describe and explain the intricacies, politics, issues and science lurking in the very deep waters of medical malpractice, feels like you are being drawn willingly into a most fascinating mystery - if in fact these types of cases weren’t so very tragic, heart wrenching and far from having a satisfactory ending …. on the contrary…

Chad chose the profession of law because his father and grandfathers were lawyers. Growing up, Chad’s father, who specialized in defending medical malpractice cases, was his hero. Chad loved watching him in the courtroom and it created in him the desire to be a lawyer as well.  When he first got out of law school in 1995, he started as a medical negligence defense lawyer, thus following in his father’s footsteps.  He encountered a rather major career obstacle however when he discovered that he felt he belonged on the plaintiff side of medical negligence – not defense.  Because of this decision, he felt he needed to leave Chicago where he had done a lot of mass tort defense work. His father knew a premier plaintiff attorney in Toledo, where Chad had grown up. This individual, who was kind enough to bring Chad into the firm, was an attorney Chad’s father had gone up against often in his career, and had enormous respect for. Chad has found himself flourishing on the plaintiff’s side of medical malpractice cases, and knows that he made the right decision. In Chad's words, “It’s much more rewarding to help individuals, than it is to defend a massive insurance company, which I had done earlier in my career. The greatest reward for the actual practice of law is in helping individuals on a day to day basis. I’ve been lucky enough to be able to help families in a lot of horrible situations. But I think the most rewarding are those cases involving a child injury. Because of that, one of the things that my Senior Partner and I specialize in is trauma cases. Over my career, most of them settle because of the obvious harm; but there was a very rewarding one where they forced us into a trial that lasted almost three weeks. It involved a really wonderful family, with a young child who was brain-damaged at birth. The most rewarding part of that, believe it or not, was the actual video of the birth. It took a lot of work to separate out the sounds in the video; but as a result, we were able to show that the physician was really lying on the stand; and that the nurse who was also in the room during the birth, was lying on the stand. We had evidence of that in the video taken during the birth, and the jury was able to see all this. So after contending with a vicious defense, it was a very rewarding experience to be part of the truth being revealed. It was one of my early pregnancy cases—I had tried a lot of defense cases for OB-GYN’s—but it was one of my first cases after coming over to the side of the plaintiff, about a year in. That was a very rewarding experience, being on the other side, to be able to help a child be taken care of for the rest of his life, by a jury-verdict. And I think I would have to categorize that case as "one of the 'most rewarding' ones!"

Having three children himself, Chad finds it particularly difficult to contain his emotions when a child has been injured or has died. A few years ago, his firm settled a case where a little three-year-old boy died.  The mother had taken him to the doctor when he became sick, and asked for help. The doctor had brushed her off; so not knowing what to do, she left.  The child was critically ill and died about six hours later. Even more tragic, it was a very preventable death. Says Chad, “When you take on these cases, you can’t compare the person in front of you with your family and your upbringing—not everybody has that; you have to look at the situation from that father’s — that mother’s — that family’s eyes. And so for that case, I was thinking about my child, and put myself in that situation — it is hard, and you get upset, and you look at your own child and think what would I have done differently….”

Chad finds that part of his success as a medical malpractice plaintiff’s attorney, can be attributed to his ability to channel the energy of the emotions he experiences, and put it into the work-up of a case, the depositions in a case, the trial of the case. He has acquired a reputation of being aggressive, particularly with regard to cases involving children.  Chad explains, “I think part of that is because when I take those types of cases involving children, I consider them like my own children. I think about what I would do, and I do make it difficult on physicians—at least I try to—and on the nurses when I depose them. It’s not a simple process; it’s not fun; and I ask difficult questions; and they are very uncomfortable. I’ve been very lucky to have that type of aggression when I prosecute cases, and probably because I do have children and I understand how that type of situation, and God forbid that it should happen to one of my own children, as a parent, I can imagine how it would feel.

I was lucky enough to be raised in a legal environment, and in a wonderful family (I have a younger brother and sister). And the thing that was ingrained into us was that hard work and preparation equals luck. You are very lucky when you are prepared and have done the hard work. I take that approach in every single case, and how I work up these cases; no one is going to out-work me, and I’m not going to walk into any situation and be surprised. If I am surprised, then I didn’t do my job; and I’ve learned from that—you learn from your failures and your lessons.“

Like many leading lawyers today, Chad is apprehensive and sometimes dismayed by absolute reliance on the Internet with regard to finding the right attorney. He says, “My advice to any prospective client is very simple—no pressure—none. Go do whatever due diligence you need to do. Don’t just scan websites.  Anything can be put on a website, and it could be totally false. There are a number of successful, dedicated attorneys in Ohio, and in other states. Other lawyers know who they are and respect them. If you are really concerned, speak to people who know those lawyers. Don’t just listen to them, and don’t let them brag about their accomplishments, because no lawyer should be doing that. Just talk to others in the community, or friends, to find out who those lawyers would call if they needed something for their family. Because advertising components can always be a bit deceiving, and most of our cases, are by these referrals. Like in the example above, the young mother didn’t get my name from a website when she contacted me over a year ago—it was from speaking to others, and that’s the biggest compliment any lawyer could have. That’s what I would recommend to any prospective clients.”

One of the greatest rewards Chad receives from pursuing Medical Malpractice cases, is the heartfelt appreciation and gratitude he receives from his clients.  In his words, “I think the thing that I get the biggest joy from is the ‘thank-you’. When clients take the time, after a case is over, and go buy a card or write a letter, and thank me for the work that I put in for them or their family, it is always overwhelming to me. Feeling that someone actually appreciates what was done, and takes the time, despite everything they have been through. I’m here to help them, because of what happened to them or a loved one. And when they take the time, to express how appreciative they are, I always feel that is incredibly thoughtful, and incredibly overwhelming. And truthfully, I keep every single one of those. I keep every one of them in a file; it reminds me of what I do and what I am supposed to do.”