“I endorse this lawyer. [He is] an extremely talented and well respected attorney in the legal community.” 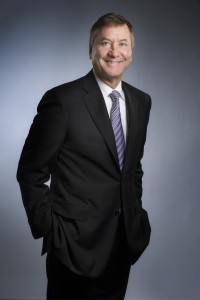 Well known as being one of the most successful trial lawyers in Ohio, Gerry has represented hundreds of clients in state and federal courts throughout the country. He excels in highly complex personal injury cases and possesses a particular expertise in, and passion for, Medical Malpractice cases.  He has obtained four of the largest verdicts in Franklin County.

Gerry has been named for seventeen consecutive years in, The Best Lawyers in America.  The selection process for Best Lawyers is based upon an exhaustive and rigorous peer-review survey comprised of more than 4 million confidential evaluations by the top attorneys in the country. It is considered to be a singular honor.

The Statute of Limitations on Medical Claims, by Gerry Leeseberg

Click on the image below to read Gerry Leeseberg's Signature Profile on BBLS ... 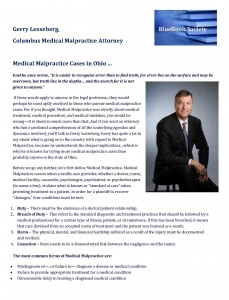 Gerry Leeseberg, a partner at the firm of Leeseberg & Valentine, is well known as being one of the most successful trial lawyers in Ohio. Gerry has represented hundreds of clients in state and federal courts throughout Ohio, Indiana, Michigan, Florida, Texas, Missouri, Kentucky and West Virginia. In Ohio, he has obtained four of highest medical malpractice verdicts in Franklin County, as well as record high verdicts in other counties. His primary focus is on Medical Malpractice, Product Liability, Personal Injury, Aviation accidents and railroad crossing accidents.

Gerry is a Past President of the Central Ohio Association for Justice. He has served on the Board of the Ohio Association for Justice, and for several terms as the Chair of the OAJ Medical Negligence Section. He is also Board Certified in Civil Litigation by the National Board of Trial Advocacy, has been included in the “Best Trial Lawyer in America” list since 1994, and named as one of Ohio’s “Super Lawyers”.

Most recently, Gerry has been selected to be featured in Columbus CEO magazine's “Top Lawyer” issue for April 2015. Based on Avvo's rating system, he was identified as being among an elite group of Columbus lawyers recognized for their legal abilities and professional ethical standards. 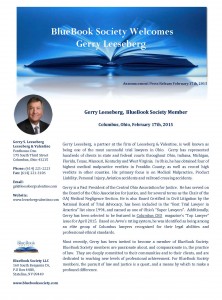 Sound the Alarm on Medical Mistakes

Click on the image below to read Gerry's Legge vs Lees article on BBLS .. 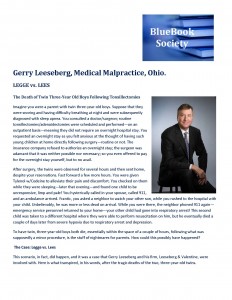 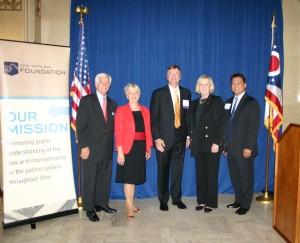 Gerry with Justices O’Donnell and Lanzinger, and Chief Justice Maureen O’Conner, at his induction as a Fellow of the Ohio State Bar Foundation